Scott came to our attention when he posted in our Facebook group “indieNDG” both about his latest band project “Colonel Sun” and about his accomplishments and offerings as a both a music theory and guitar instructor.

Colonel Sun is indie, loud, 90s-inspired dirty rock n roll with band members consisting of Scott, as well as Mishka Stein and Robbie Kuster (members of Patrick Watson), and Simon Angell (of Thus Owls). On the teaching side, he recently published his first method book for guitar, Referential Playing for Guitar.

Scott welcomed us into his home studio for a little photo shoot, to go through the indieNDG profile questions, and to discuss his current projects.

Listen to the album here:

I’m Scott Cook, and I’m a guitarist, a theorist, an educator, a husband and father, BJJ player, and all-around noisemaker. I have a PhD in music theory, and am on faculty in the music department at Vanier College. 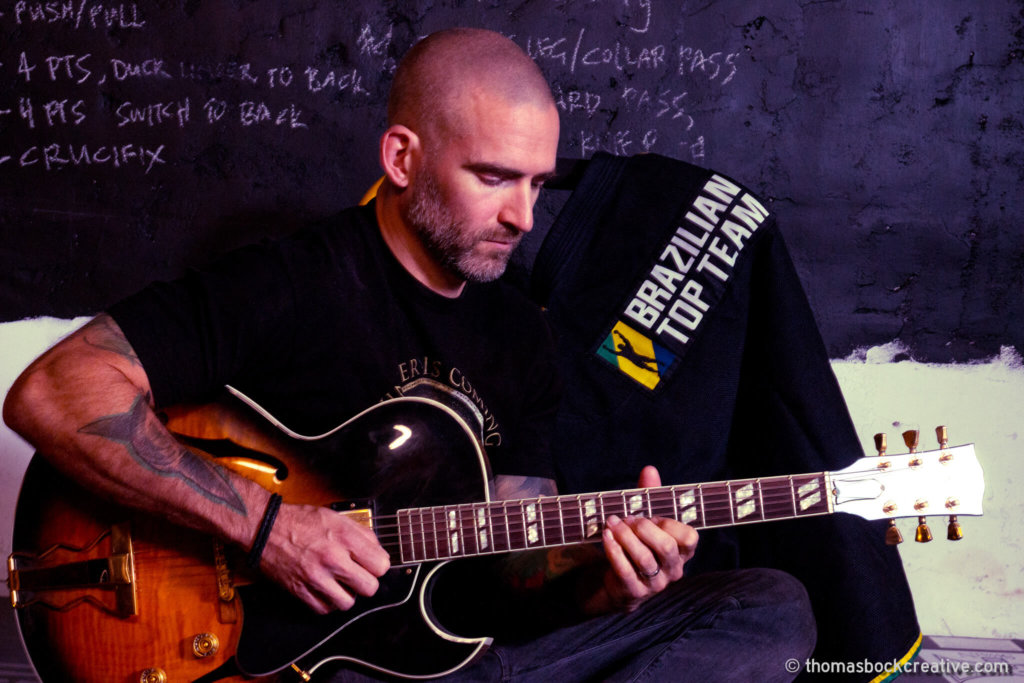 Upcoming/ongoing projects you have at the moment:
My principal creative project is my original band, Colonel Sun (‘original’ in that I play my own compositions; however, I also play in a cover band, and have also spent a lot of time playing jazz gigs). I’ve played in bands for most of my life. However, this is the first time in which I’m completely running the show, more or less. The band is relatively new, having released its debut 6-song EP in April of this year. That said, it has managed to receive some mostly positive attention, including radio play.

In the band, I play guitar and try to sing…haha. I do all of the writing and promo for the band, though the guys that play with me are excellent musicians who contribute their own interpretation of the parts that I’ve composed. The other members are Mishka Stein and Robbie Kuster (of Patrick Watson), as well as Simon Angell (of Thus Owls).

What do you want people to know about you in 2017?
Because we’re all so busy, Colonel Sun isn’t overly active. However, I’m always on the lookout for promising opportunities for us to perform.  Tuesday Oct. 17, 2017 for instance, we’re opening up for New York hardcore legend Harley Flanagan of The Cromags. This is a show that I’m really stoked about, and am hoping to land more shows like this in the coming months. 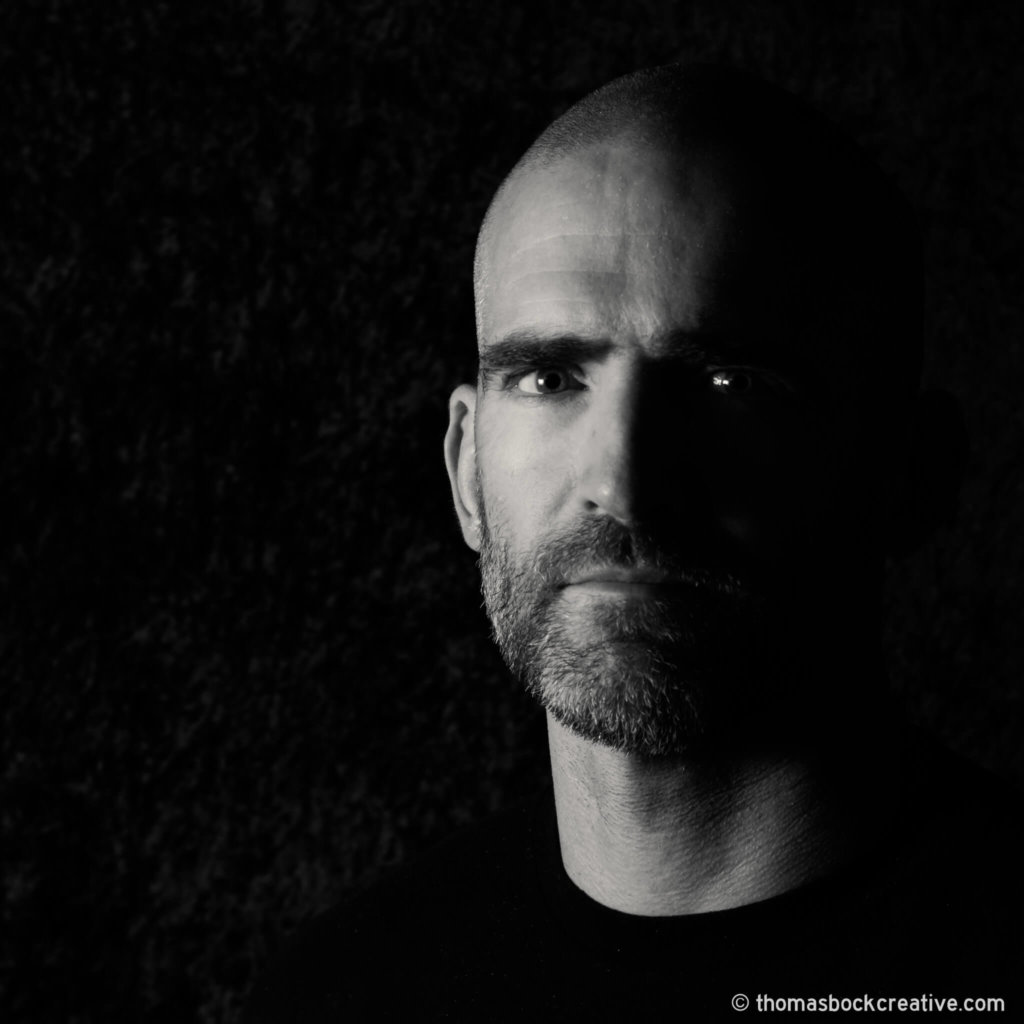 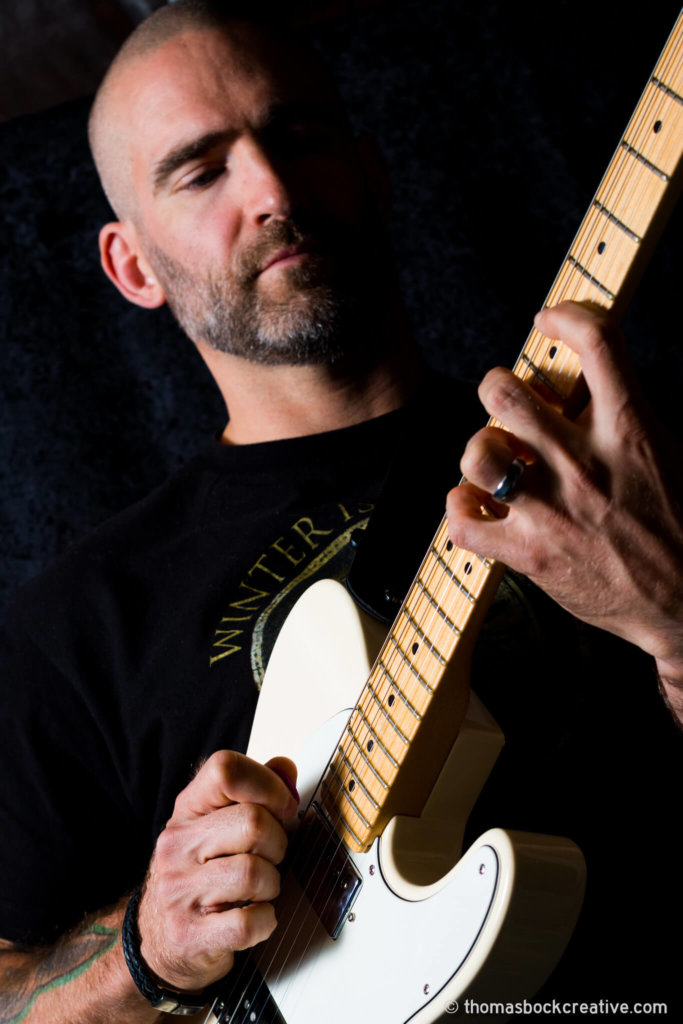 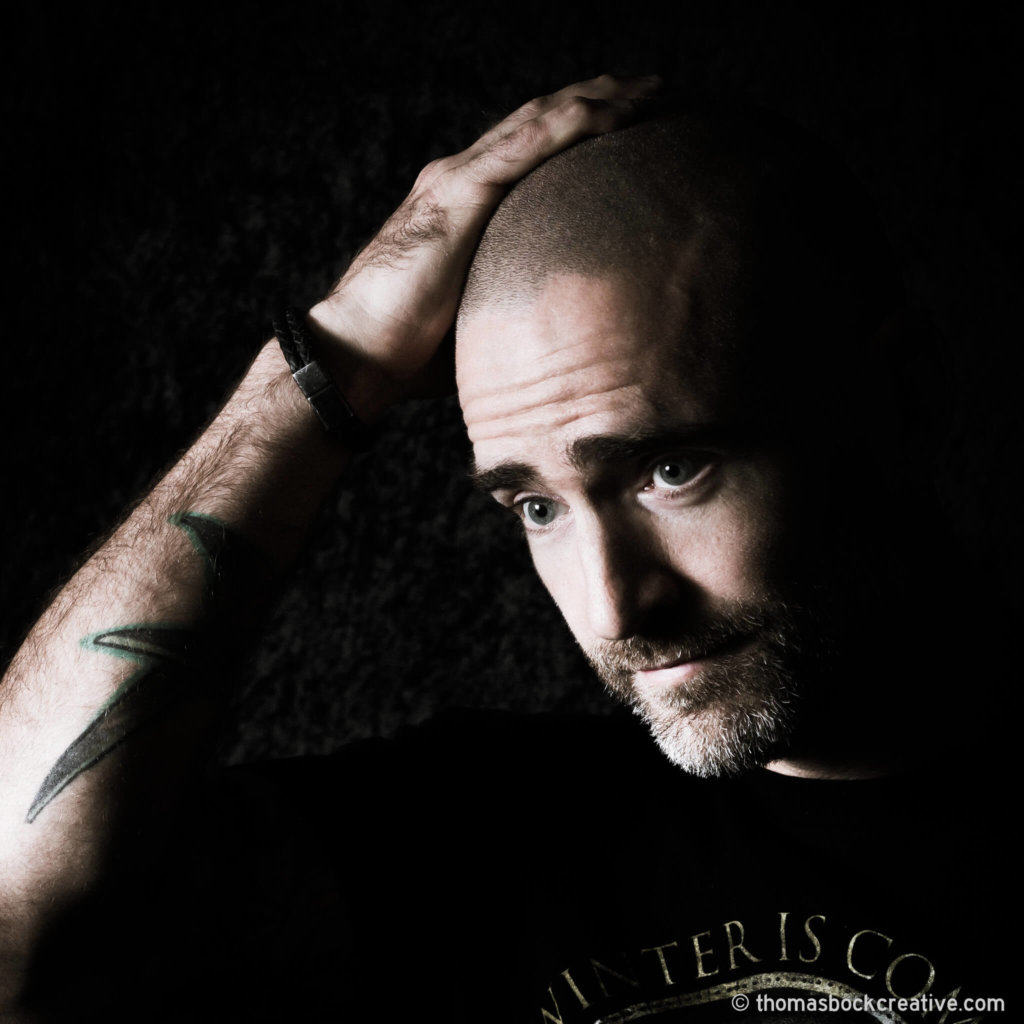 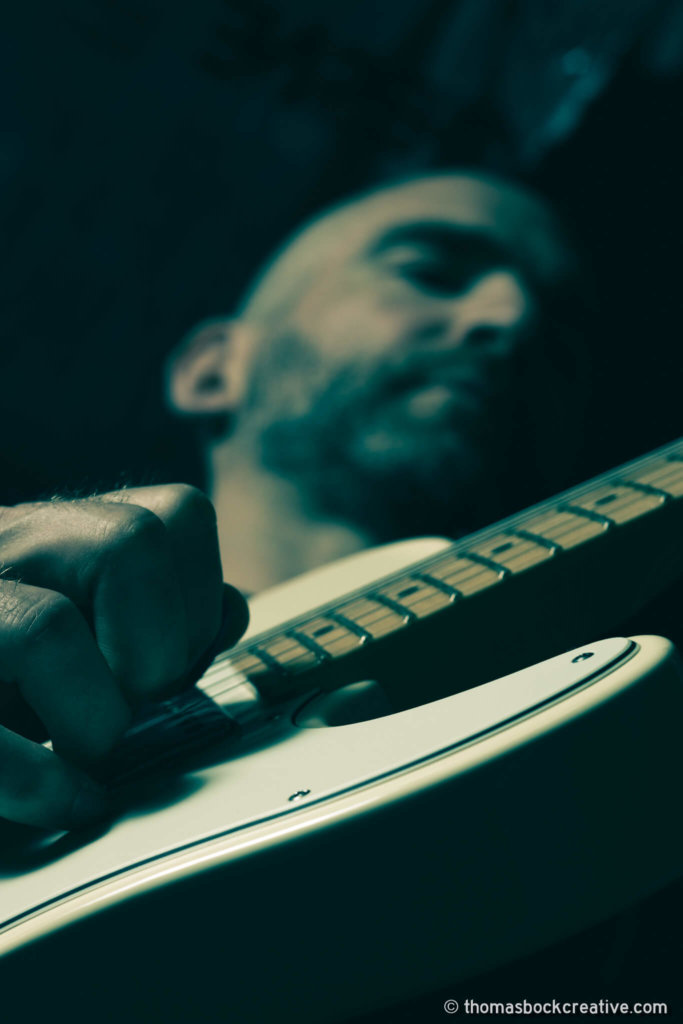 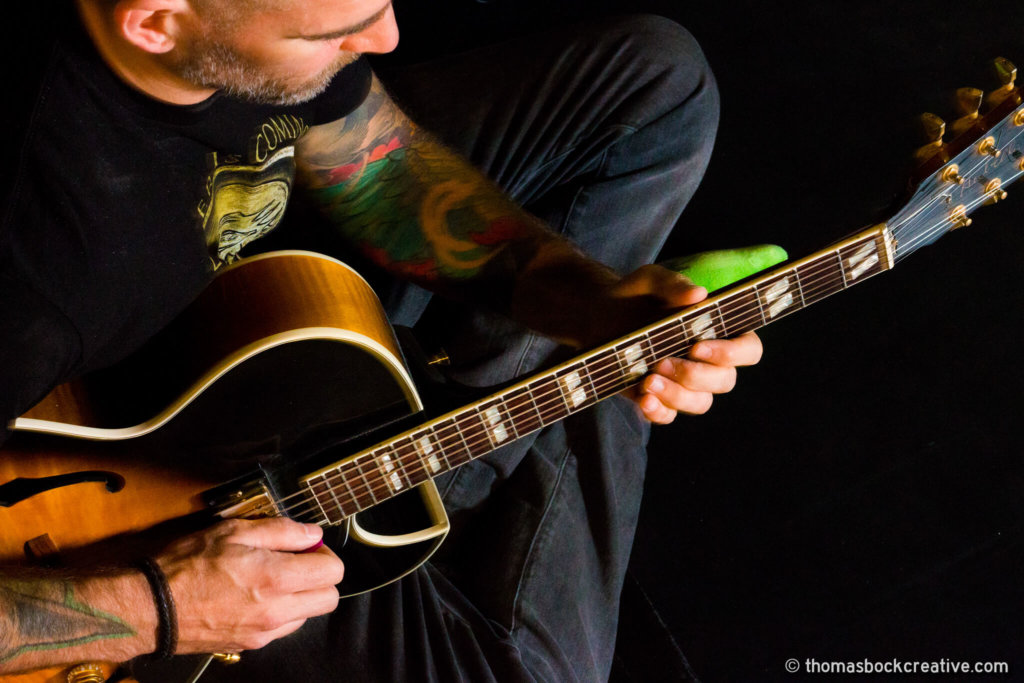 Nothing too specific. I’ve been writing since I was a kid, and so I’m pretty fast at brainstorming ideas whenever I pick up my guitar. I normally work best in the morning when I’m drinking coffee. When I’m without my instrument, I often sing beats or rhythms to myself and those can inspire new ideas. Once I get something worthwhile going, I program the beats, then record guitar, bass and vocals all into my computer. That, then, gets sent to the guys for them to learn.

Were you influenced by older music?

I’m influenced by many different genres. At an early age, I was introduced to rock bands such as Kiss and Queen, which spread into punk rock and metal. However, I started playing jazz in school. Further, I have a Masters and PhD in music theory, so have spent a lot of time studying classical repertoires. All of these styles have influenced my own writing. Even if I’m writing some dirty rock tune, I can find influence in The Rite of Spring. 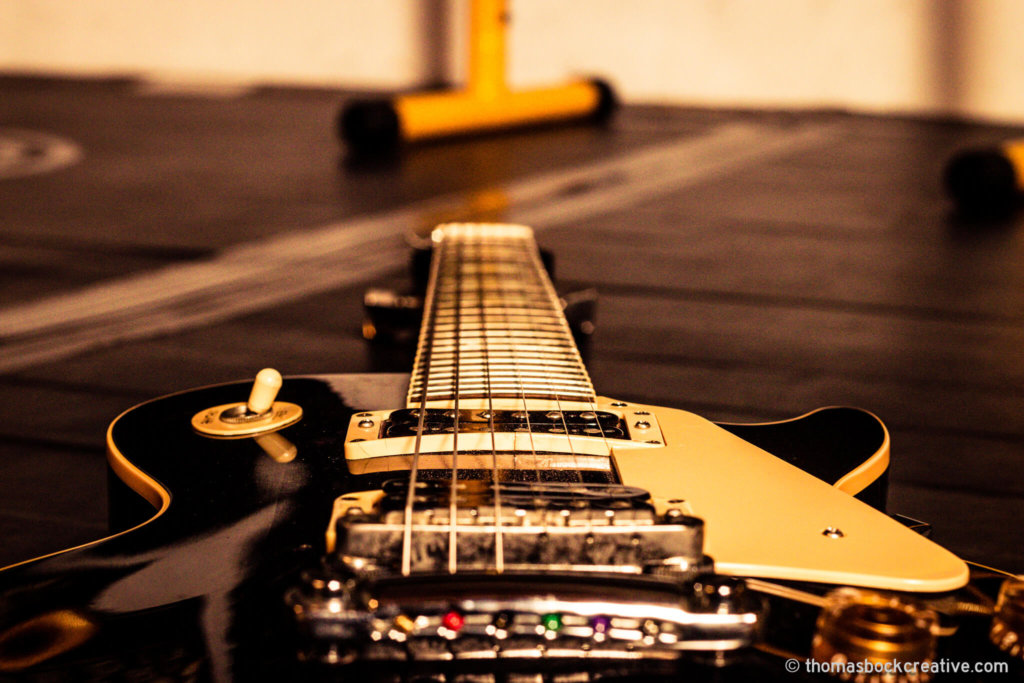 Favourite musicians?
So hard to say. It’s like that question about which album one would bring to a deserted island. It depends on my mood. One day it could be Queen or Rush, the next could be The Cromags or SNFU, or maybe Philip Glass or Arvo Pärt, Ice Cube or Meshuggah.

What is your idea of earthly happiness?
My wife and son, happy and healthy, as well as playing guitar and practicing BJJ (Brazilian Jiu Jitsu).

What quality do you admire in a person (man/woman)?
Honesty, confidence, and a sense of humour. Kinda typical, I know, but those always work.

What is in your music rotation right now?
It’s always a little all over the place. I’m teaching a history of rock class at Vanier—a class that I’m always tweaking—so I’m spending time revisiting some classics, like The Beatles.

What is your favourite colour?
Not sure I have one; probably black, or a black and red combo often appeals to me.

Describe specifically your living situation in 10 years. Where are you? What are you doing? What does your environment look like? What do you see physically?
Still playing music and still performing live, still teaching at Vanier, and still enjoying life with my wife and son. Within 10 years I will also have my black belt in BJJ. I’d be happy to still be living in NDG, too.

When you think of NDG, what comes to mind?
“Urburbia,” although that’s not my term.

Scott is a professional guitarist and theorist, currently residing in Montreal, QC. He is on faculty at Vanier College, where he teaches music theory, aural skills, and a rock n’ roll survey class. He has been playing guitar for over 30 years, and teaching professionally for the past 17. Scott holds both a Masters and a PhD in music theory from the University of British Columbia, with research focusing on the analysis of contemporary jazz.

Scott’s ebook, Referential Playing for Guitar: A Practical, and Musical, Approach to Learning the Fretboard, is available for download at www.scottcookmusic.com